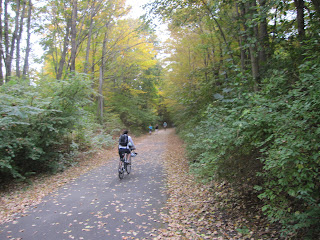 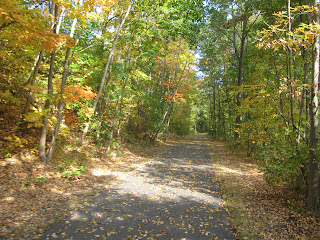 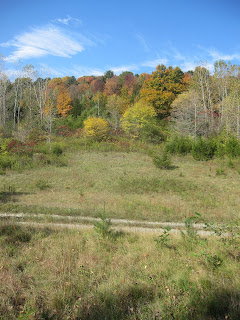 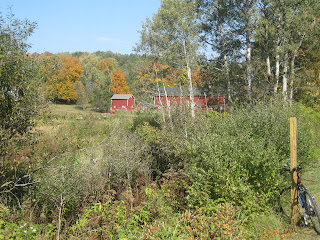 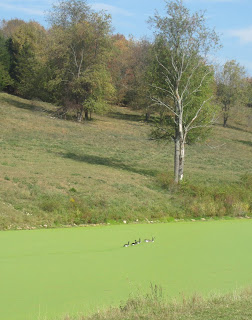 Posted by monica/paul at 7:02 AM No comments:

We took our bikes on the train and when we arrived at Wassaic we were delighted to see some color on the nearby hills. It is spectacular, and will be like this for until the end of october.the next 6 weeks. The harvest has also begun. The house in Picture 3 is beside the Rail Trail and is from 1780, when this corner of New York was part of the colony of Connecticut. 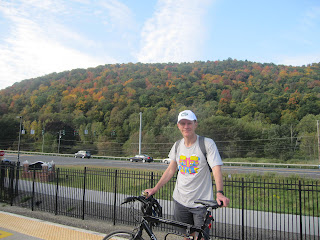 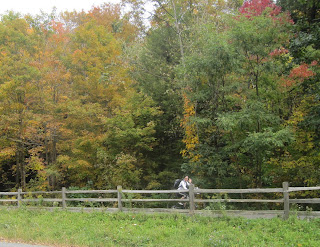 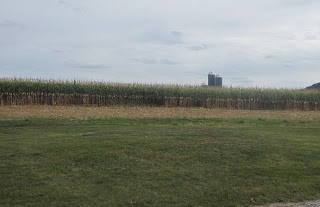 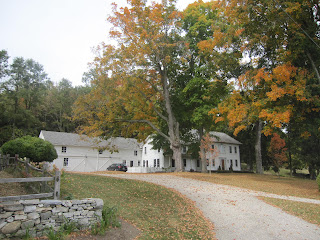 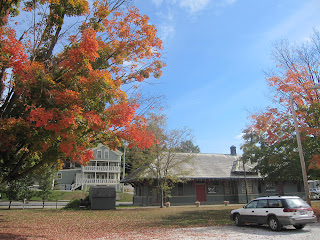 Posted by monica/paul at 5:25 PM No comments:

Had our first trip to the Deep South last weekend. Paul had a conference in Atlanta on Monday/Tuesday so we took the opportunity to visit these two charming antebellum (pre-Civil War) cities of the "Lowcountry". We flew in and out of Charleston,South Carolina, the city where the Civil War began. In Charleston, we went on a tour of the historic disctrict and saw many beautiful mansions 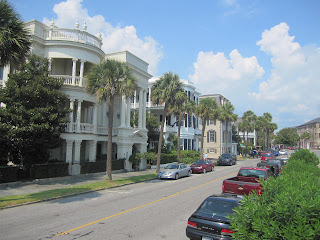 including this peach colored one which the tour guide claimed Margaret Mitchell used as the inspiration for "Tara". 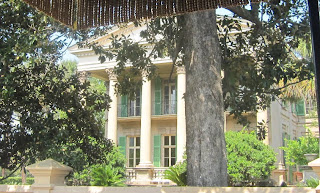 After we finished the tour, we drove out to Drayton Hall, an old plantation 10 miles out of town with its stately 18th mansion, described as the "best example of British American architecture in the country", complete with the iconic Spanish moss hanging from the trees. 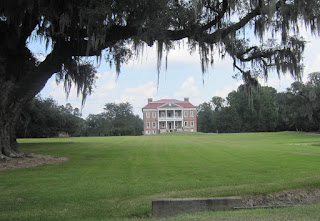 then we drove 100 miles south into Georgia to Savannah and stayed the night at the olde-worlde Gastonian Inn (built just after Civil War) in the historic district, with Monica doing this great Southern Belle impersonation. 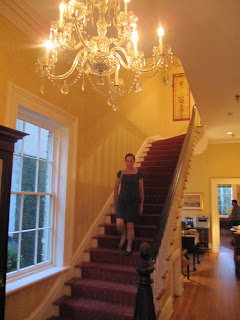 Before heading back to Charleston on Sunday arvo, we also visited Fort Pulaski, another Civil War site, and the beach town of Tybee Island 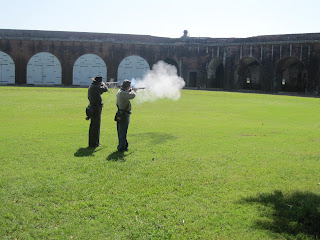 It was a beautiful late summer's day this holiday Monday. Mid 20's and not a cloud in the sky. Ironically (or fittingly) Paul had to round at the hospital in the morning but then it was off downtown for lunch and to check out progress at the High Line, which we had not visited for months. The gardens are really getting established and as bottom pic shows we got a sneak preview of the next section between W 20th & W 30th that should open soon. The NY Times had an editorial on the meaning of Labor Day in the USA. Being the home of capitalism, it is no surprise it does not celebrate the trade union movement but rather the value of work itself. When proclaimed in 1882, it was meant "to honor those who from rude nature have delved and carved all the grandeur we behold". 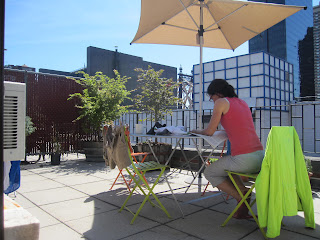 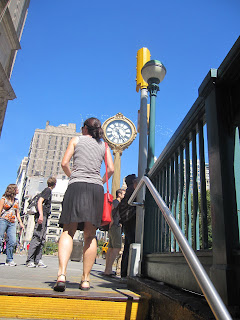 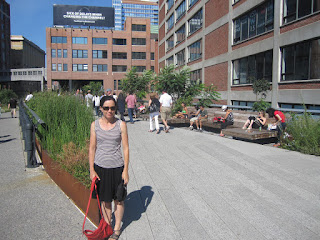 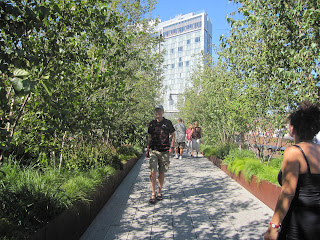 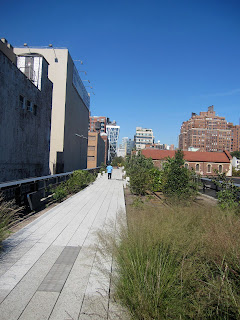 Posted by monica/paul at 6:47 AM No comments:

This holiday weekend marks the end of the American summer, although the meteorologists know that doesn't actually occur until the autumnal equinox on September 21st. While we were on a Tropical Storm Watch in NYC on Thursday/Friday as Hurricane Earl approached (and passed uneventfully), it has already gotten cooler up here in Millerton, getting down to 7C overnight. And it was only 11C at 7.30 am when we set off this morning on our favorite ride here, over into Connecticut to West Cornwall with the covered bridge for breakfast at the Wandering Moose Cafe, then home to Millerton NY along the Housatonic River then Route 112 via Lime Rock. About 45km roundtrip. As the photos show below, the "fall colors" are also starting to appear and it should be spectacular in a few weeks. 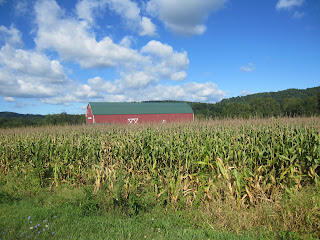 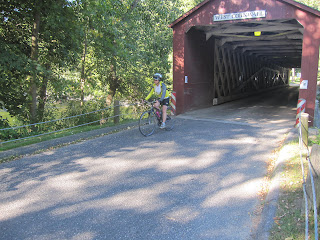 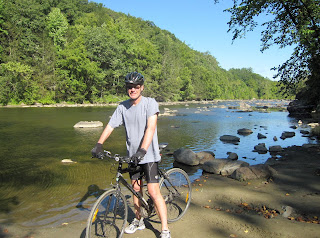 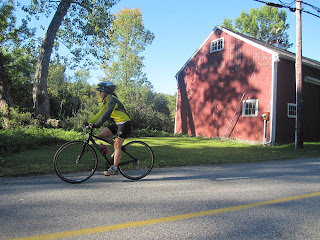 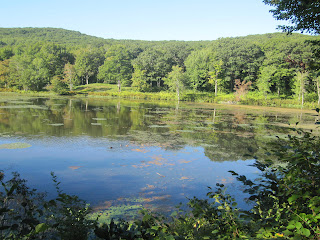