We stayed in the City again this weekend as Paul has to go to Montreal for a conference on Monday morning. It was back to summer with beautiful weather, fine and mid 20's C, after a cool, wet week with >100 mm rain.

Saturday we went up to the Riverdale neighborhood in the Bronx, the 'upper north shore' of NYC, to visit "Wave Hill", an historic house on 28 acres on the Hudson (pic 1 &2) . Many famous people have lived there, including Mark Twain who rented it 1901-1903. While up that way we visited the Bronx Museum which has had a photographic display from the civil rights era to commemorate the 47th anniversary this week of Martin Luther King's "I had a dream" speech.

Sunday we went on a 30 km bike ride along the waterfront, first stop Williamsburg for a Sydney-standard cappuccino at Bluebottle Grinders (pic 4) then later on a pizza at Olio (in Top 3 of NYC pizzerias) in the West Village. 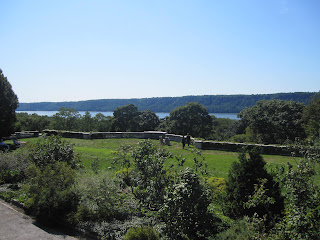 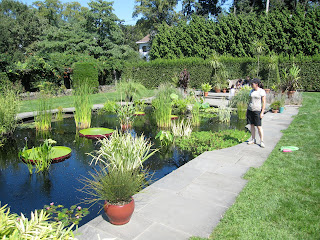 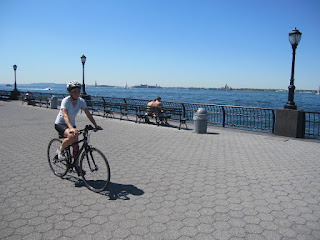 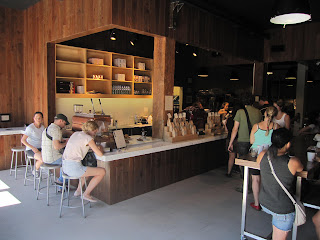 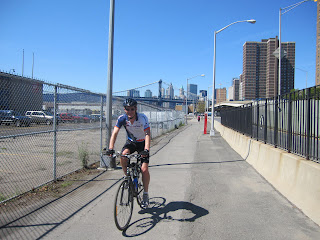 Posted by monica/paul at 4:05 PM No comments:

The political and medical dramas in Australia not withstanding, we went to Millerton for the weekend. It is late summer now and there are hectares of corn everywhere ready to be harvested. The trees are starting to show the earliest "fall colors". Saturday we drove 90 minutes NW to Albany which is the NY state capital on the Hudson river and it was a bit more interesting than we expected with a real eclectic mix of architecture. The state capitol is the gothic looking building in the background in 2nd photo, of "Empire State Plaza". The we drove another 50 km north to go to Saratoga, mainly to go to the races at the famous Saratoga Springs racetrack, the oldest race track in the US opened just before the Civil War. They only race there in july & August and there was a big crowd on hand. Sunday it rained heavily all day. 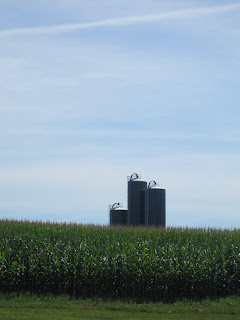 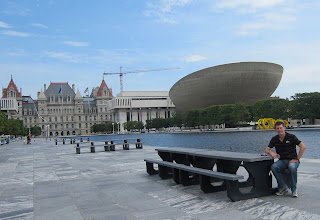 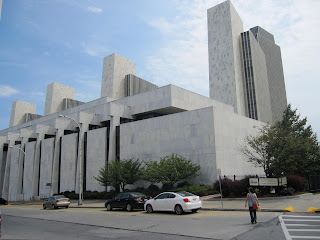 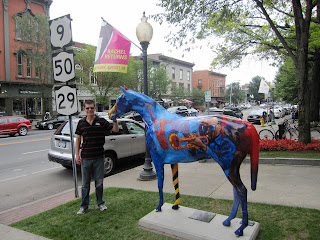 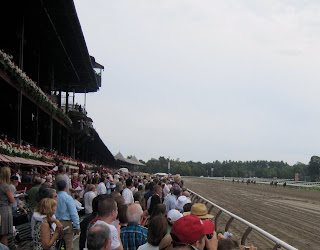 Posted by monica/paul at 6:46 AM No comments:

We went to Millerton on Friday night, as base camp for a day trip up into Southwest Vermont, another 80 miles to the north. After stocking up on produce at a farmstand, we went to Bennington VT to see the monument celebrating the battle of Bennington, one of the turning points in the northern section of the War of Independence, then to the quaint towns of Arlington, Manchester and Dorset, although just past Manchester is Manchester Center, which is all outlets. Near Dorset is America's first marble quarry now a popular swimming hole and also this funky "tractor farm". VT is much more mountainous and greener than NY or CT (hence its name!!!). On the way home Sunday we went home via New Haven CT, where Yale is located. Old and hsitroic like Harvard but not as nice a locale. The neo-Gothic Harkness Tower is famous 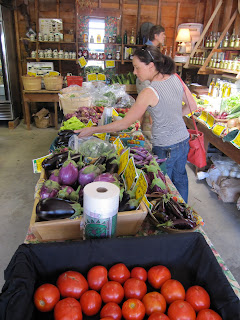 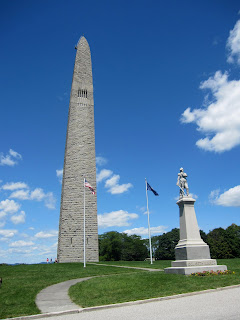 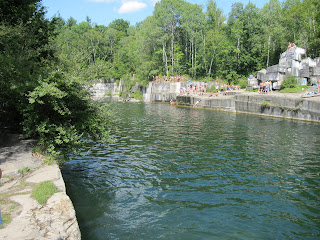 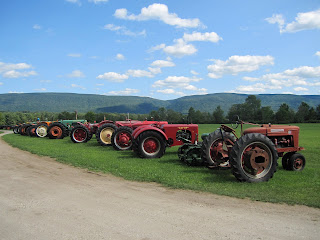 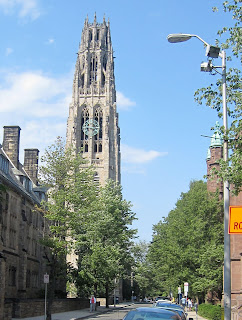 Posted by monica/paul at 6:23 PM No comments:

Posted by monica/paul at 9:59 AM No comments:

Q: What is wrong with this picture of 3rd Avenue? 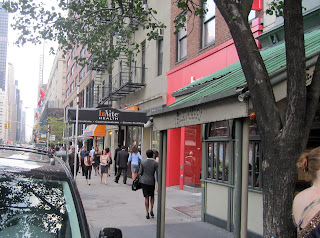 A: It is fake. the people are extras in a movie starring Justin Timberlake. he will be emerging from the subway on the corner. 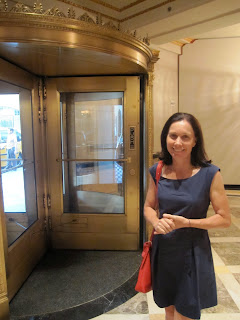 we were out having a drink at the beaux art hotel The Pierre. For Mad Men afficianados, room 435 at the Pierre is where Sterling Cooper Draper Layne established their temporary office.
Posted by monica/paul at 7:17 PM No comments:

we caught the ferry across NY Harbor to Sandy Hook, which is kind of like North Head in Sydney, with an old military base on the tip with guns etc guarding the entry to NY Harbor from the British (It has America's oldest continually operating lighthouse, since 1764) then the Confederates, then the Germans and finally the Russians (with surface-to-air missiles still on their racks). It was also our first trip on the East River and there were some great views of Manhattan. The beaches over there were quite nice and it was easy flat cycling (only did 25 km) 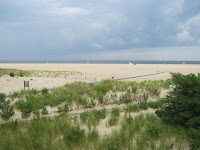 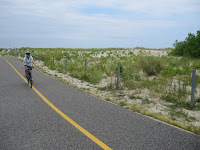 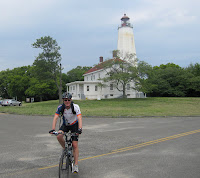 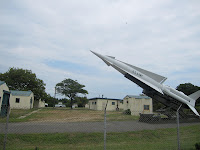 Posted by monica/paul at 6:49 AM No comments:

You can make your own interpretation of why, but it is ironic that in the post-GFC era a farmers' market has sprung up on Wall Street where Lehman Brothers, AIG and Bears&Sterns once stood. And with the memories of the Dordogne lingering, you can even get local duck and foie gras! 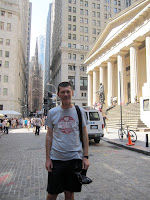 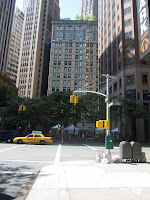 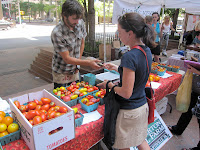 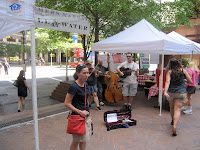 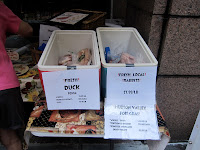 Posted by monica/paul at 7:41 AM No comments: