Xavi is on his way down under!

What was already a stressful event was aggravated by terrible traffic - it was raining and the Thursday p.m. peak hour, and took almost 2hrs not the usual 45 minutes to get to JFK by car. Arrived less than 90 mins before departure , but tell Alan Joyce the Qantas staff at JFK were very sympathetic and helpful 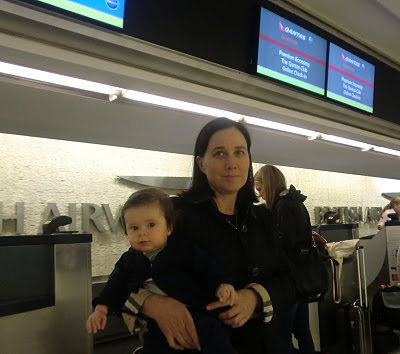 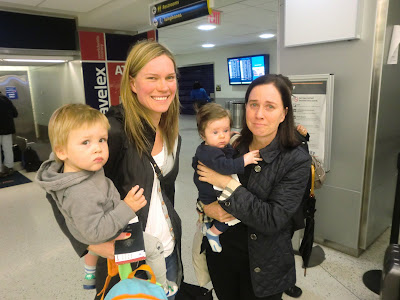 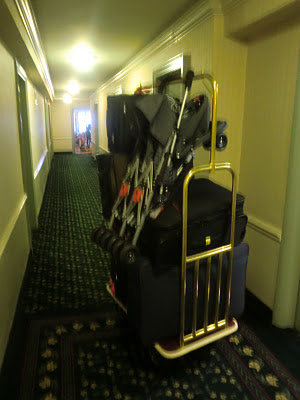 How will the plane ever take off? Monica+Kate+2 babies=100 kg of luggage 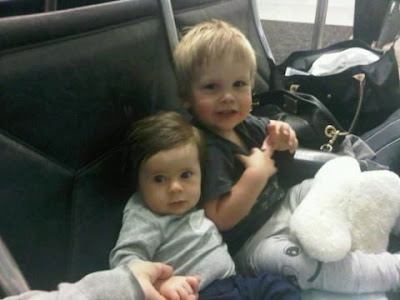 Scary! Monica & Kate getting into the Halloween sprirt 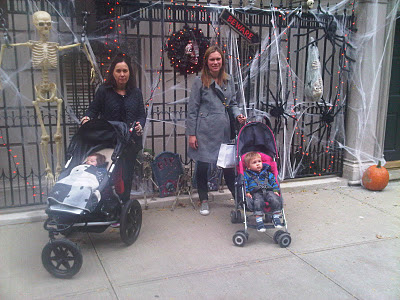 Posted by monica/paul at 8:48 PM No comments:

Hi from this schizophrenic little island in the southern Caribbean off the coast of Venezuela, 3.5 hours direct flight from NYC. It was recommended by a work friend as a good place to go in the Caribbean ~ if you don't want to spend a $1000/night. We are here for 3 nights before Steve heads back to Sydney on Thursday. The northern half of the island, Saint Martin, is owned by France and is part of the French West Indes. The southern half, Sint Maarten, is owned by Holland and is part of Netherlands Antilles. It is very tropical, mountainous like Hawaii, but very third world like New Guinea or New Caledonia. So the scenic beauty is a bit spoilt by the third world development. The French side is nicer; the Dutch side is very overdeveloped and touristy. But the weather has been fabulous and we are having a great time, staying at the "Grand Case Beach Club" which is not unlike Villa Manyana but right on the water's edge. 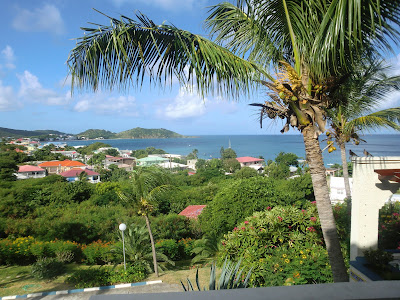 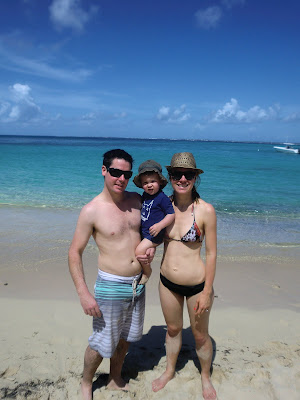 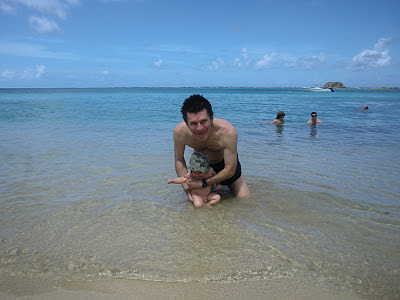 Xavi's first day at the beach 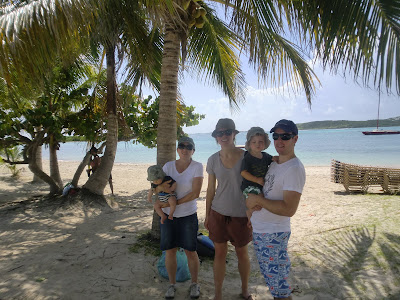 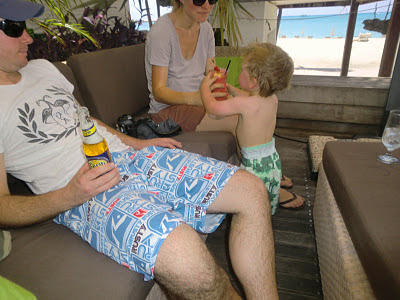 Daquiri time (responsible parenting by the Hacks')
Posted by monica/paul at 4:41 PM 2 comments:

What Kind of Fall Am I? - NYTimes.com

EDITORIAL
What Kind of Fall Am I?
Published: October 4, 2011

There is no single way to measure the coming of autumn. Gardeners wait for the first hard frost, the one that blackens the basil and pulps the tomatoes still on the vine. For some, it’s the smell of wood smoke or the sight of leaves flaming out one tree species at a time. In New York City, there are different measures. Fall begins when street fashion slips into thermal chaos — down jackets, shawls, bermudas and flip-flops all on the same block. Fall begins, as it did this week, when the residual heat in the subway station feels strangely welcome.

The approach to autumn has been murkier than usual this year — a long, damp slog toward October, days of rain all across the Northeast. We can hope, after the first hard frost, for a week or so of Indian summer. But there is really no proper name for the slice of the season we’ve had so far. This fall has been made of moments from late May, a few gray days from early June, some Sundays that April discarded, and a week or so that seems to have been orphaned entirely, with no month to call home.

It will come, we hope — the sky a Venetian blue, the days as crisp as a just-ripe, old-fashioned apple, an Ashmead’s Kernel or a Calville Blanc. That is the autumn we’re waiting for — not a prognostication of winter or a postponement of summer, but actual autumn, a season we hope will last as long as it can. It is a season of gnat-killing nights and afternoons when the sun’s heat is becoming elusive. It is frost on the grass and your visible breath rising in the air. 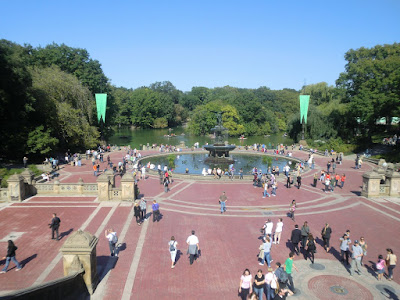 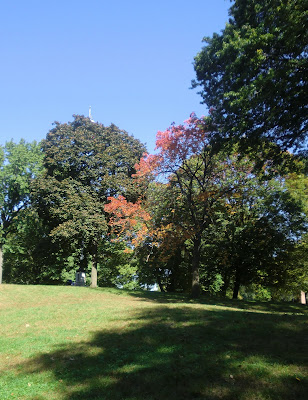 Our basil and tomatoes are "gone" 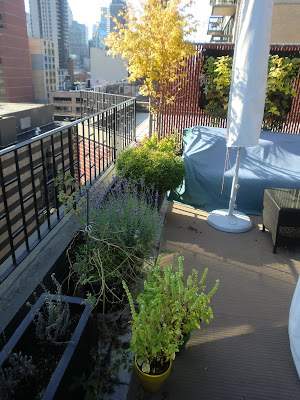 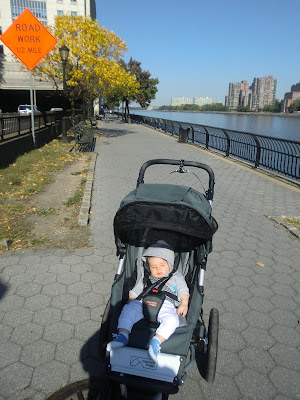 Xavi is looking forward to seeing everyone in Sydney real soon! 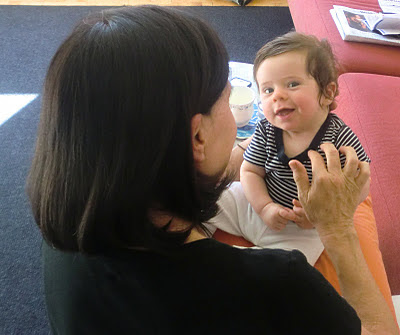 Posted by monica/paul at 3:47 PM No comments:

Grand Final weekend in Sydney, so what else were Xavi & I to do but don our Red & Green gear (definitely hoodie weather now), dream of a 21st premiership and reminisce about Ron Coote flattening Bradstreet in the opening minutes of the '68 grand final. One thing I haven't worked out is how is Xavi going to be full back for the Bunnies and quarterback for the Jets in 2036? I'm sure he'll manage it some how (the seasons only overlap a few weeks in September!) BTW the grand final was broadcast live here, on the Fox Soccer Channel at 1.30 am Sunday. Of course I did not get up & watch it. What are the Warriors doing in the comp anyway???

He has a new toy which amuses him a lot, and he loves reading Brown Bear, Brown Bear. he is a very happy little fellow. Goes down by 7.30 or 8, but has been waking twice after midnight again this week.

FYI August & September were the wettest consecutive months on record; since the hurricane we have had over 700 mm rain. We are really looking forward to the Hacks arriving this weekend. 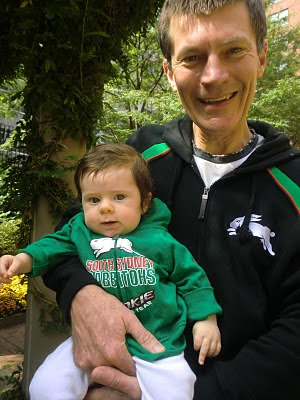 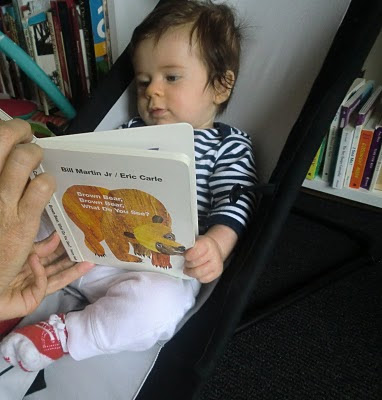 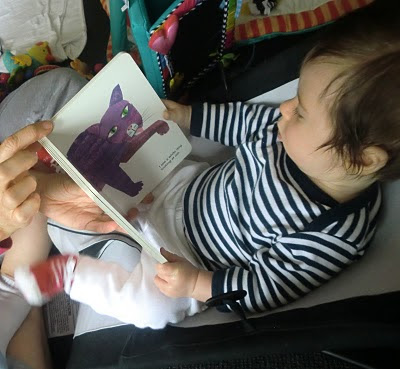 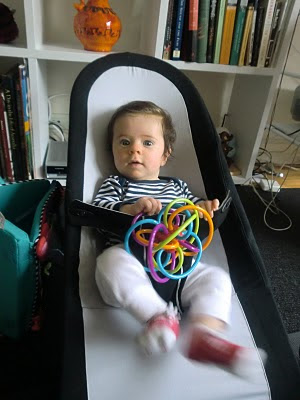 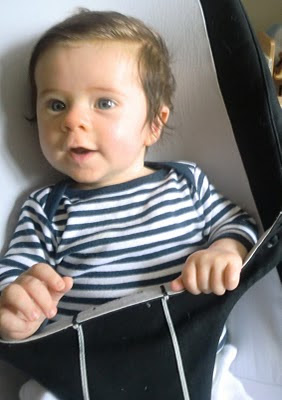 Posted by monica/paul at 7:13 PM No comments: