Been to Hawaii and Caribbean this year, but Noosa wins hands down. What a great couple of days of surf, sun & fun we had... 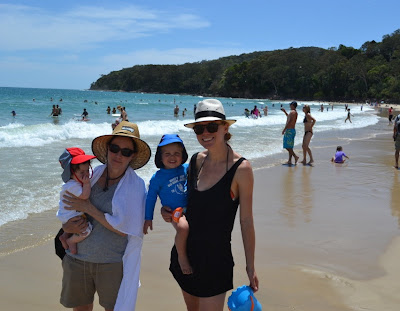 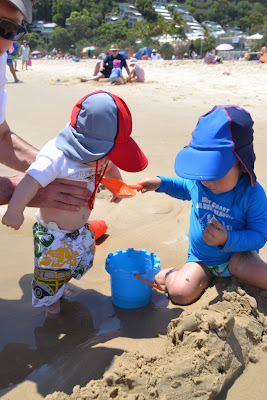 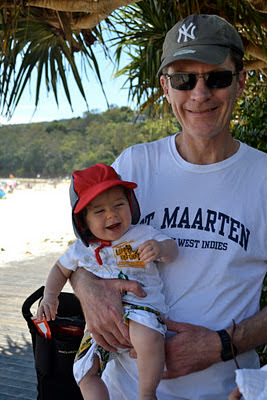 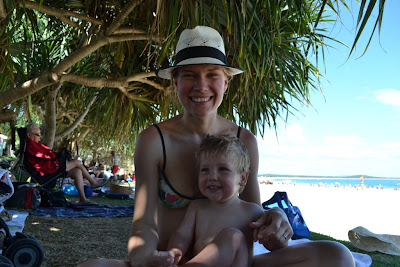 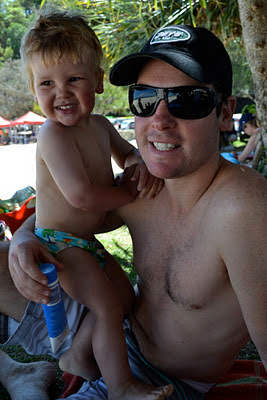 Posted by monica/paul at 2:08 AM No comments:

It was the Breeders Cup this weekend, one of the richest two days of horse racing in the world, with 12 Grade 1 events worth around $US 15 million in prize money and the best horses from US and Europe come to compete. The venue moves around the country and this year it was at Churchill Downs, the site of the Kentucky Derby. It was a beautiful day for it, crystal clear skies and temperatures around 18-20C. The main and final race is the BC Classic, worth $5M, and So You Think, the former Bart Cummings horse, came over from Ireland for it, but only finished 5th.

Away from the track, Kentucky is one of the most rural and poorest states in the Union. Louisville is a river town, on the Ohio River, perhaps like a Newcastle or a Maitland. It was named in honor of Louis XIV, for the help the French gave the Americans during the Revolutionary War. Kentucky was part of the Confederacy and Louisville's heyday was in the 1800's when steamships came up the Mississippi from New Orleans, mainly carrying slaves. Aside from the race track, Louisville is famous for being the home of the Louisville Slugger baseball bat factory, a UPS hub, the home town of Muhammad Ali, and the worst Oxycontin abuse in the country.

So unless you are a racing fan or baseball afficionado, you probably don't need to come here. 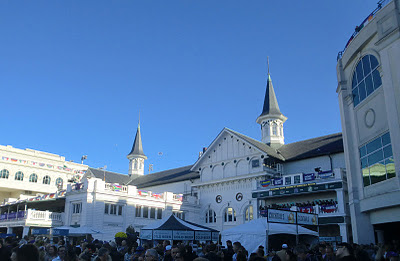 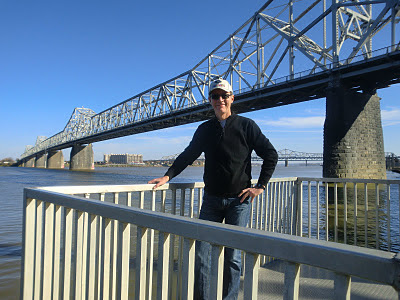 the mighty Ohio River. that's Indiana state on the other side 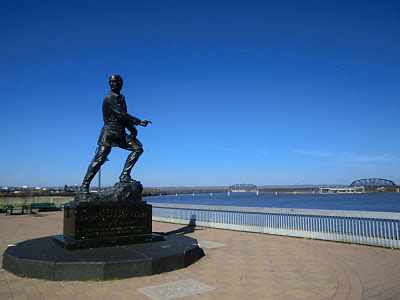 Gen. Geo. Clark a Revolutionary War patriot. His younger brother was the Clark of Lewis & Clark, America's version of Burke & Wills - though they made it back. 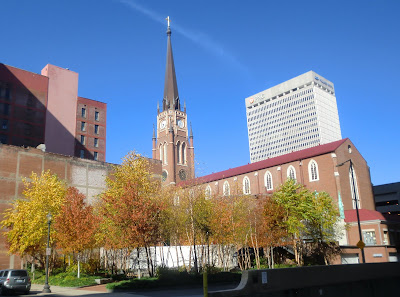 Beautiful fall colors and the Cathedral of the Assumption 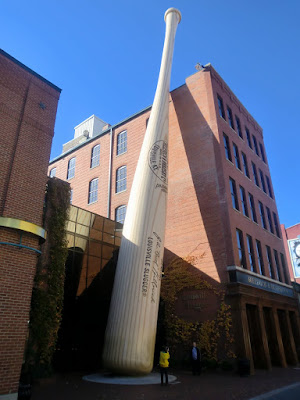