Aboard the good ship Titanic

oday we are at the Eastern Mediterranean resort city of Antalya, staying at the "Titanic" Resort. As you can see, it's a bizarre hotel in the shape of a cruise liner; guess they will be OK when the sea level rises! Works like a Club Med, with full board including free drinks and entertainment as part of the daily price of only 40 euros (not Turkish lira, as guests are predominantly German, Dutch and Russian). Today saw a nice change in the weather, 19C and sunny, so during a hiatus in Paul's conference we escaped the compound and spent a few hours visiting the old city which is a fishing port. Ironically (Titanic), there was a freighter which got smashed against the rocks in last night's storm and "one man caput" according to a street vendor we spoke to. Also saw a spectacular waterfall that cascades into the ocean. Tomorrow we head back to Istanbul. 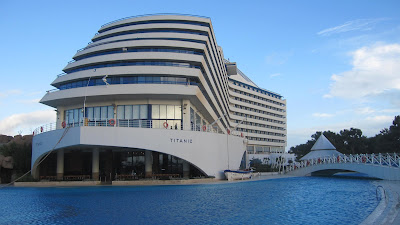 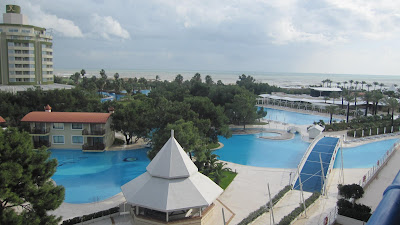 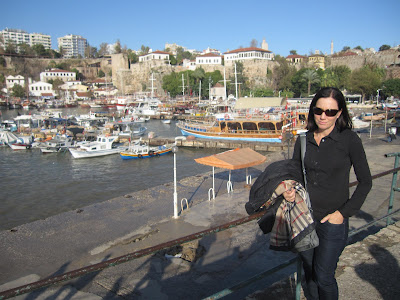 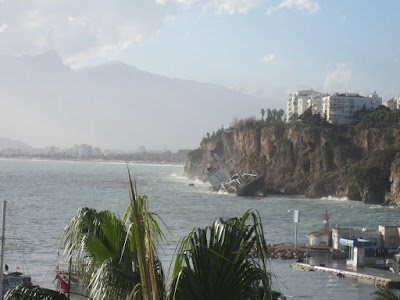 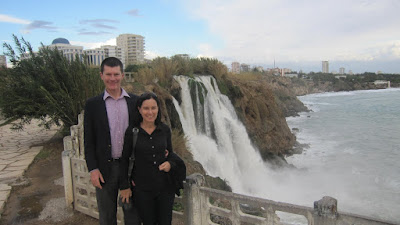